Guitar in the Time of Corona

In the spring of 2020, the pandemic closed all venues for live music. Musicians were left without work and without the ability to play wi

th other people or to share their music in person. I found myself continuing to play guitar, but only by myself at home.

I decided this was a good time to record some of my original compositions, including a few written in the past year—Pandemania, Mona Corona, and Blue Covid. Most are played solo, on classical (nylon-string) guitar. In addition, Blue Midnight, Tuna Nuevo, and America’s Cup use two guitars, classical and archtop overdubbed.

Paper Moon is an acoustic jazz duo featuring myself on guitar and Katrina Wreede on viola. 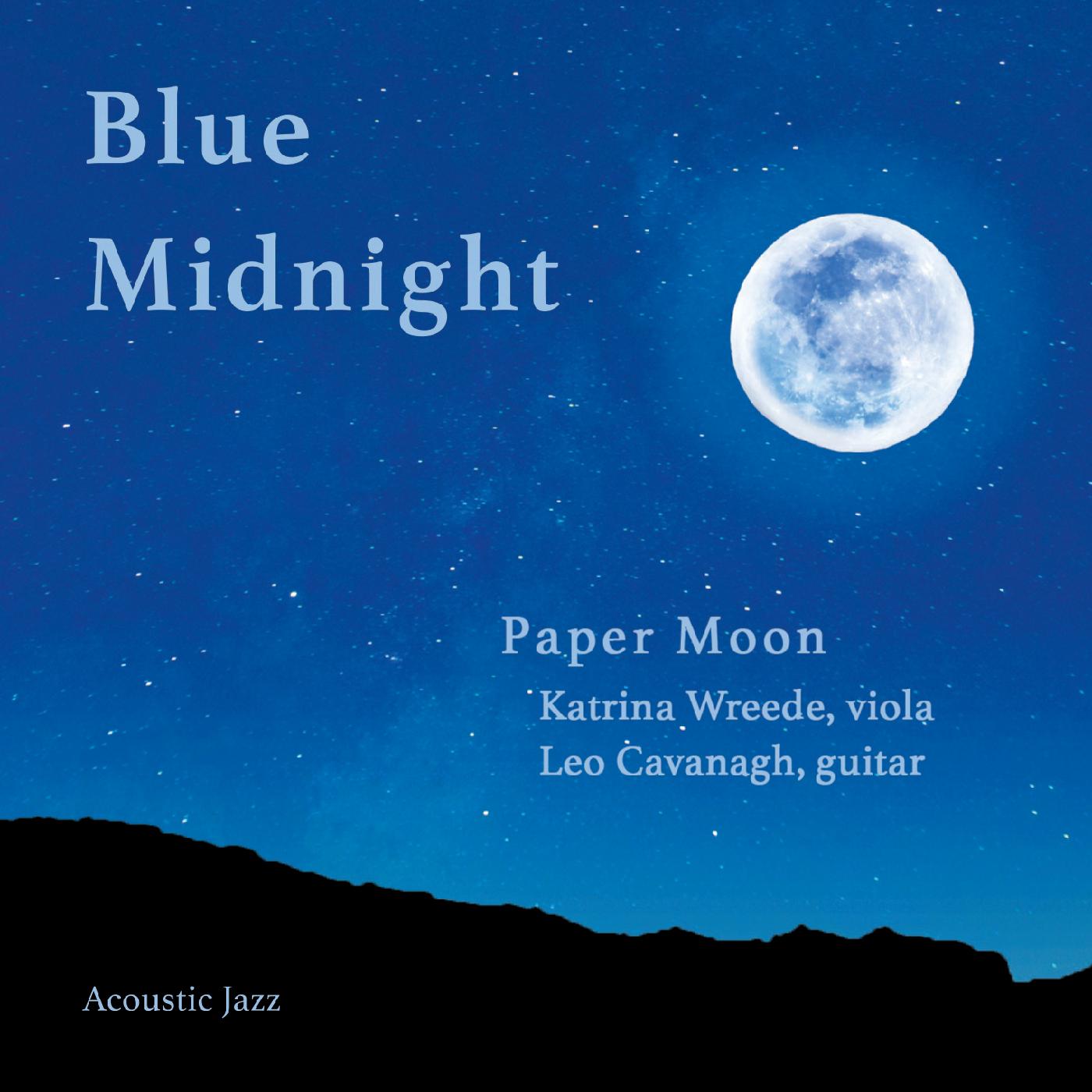 Exciting arrangements of fascinating music, with the beautiful sound of acoustic instruments. Our music ranges from original compositions to jazz standards to Brazilian choro music to tangos by Astor Piazzolla.

Leo Cavanagh and the Ellington Project

I formed the Ellington Project to play my arrangements of Duke Ellington's music in the context of an acoustic trio. Besides myself on acoustic guitar, the group consists of cello and viola. The goal is to produce exciting music with a beautiful sound, and to keep the spirit of Duke Ellington alive.

This is not a typical jazz combo, but Ellington was famous for using a variety of instruments in unusual ways. I think he would approve. The trio is primarily acoustic, and the intimacy of the sound gives another perspective on Ellington’s music. I love the 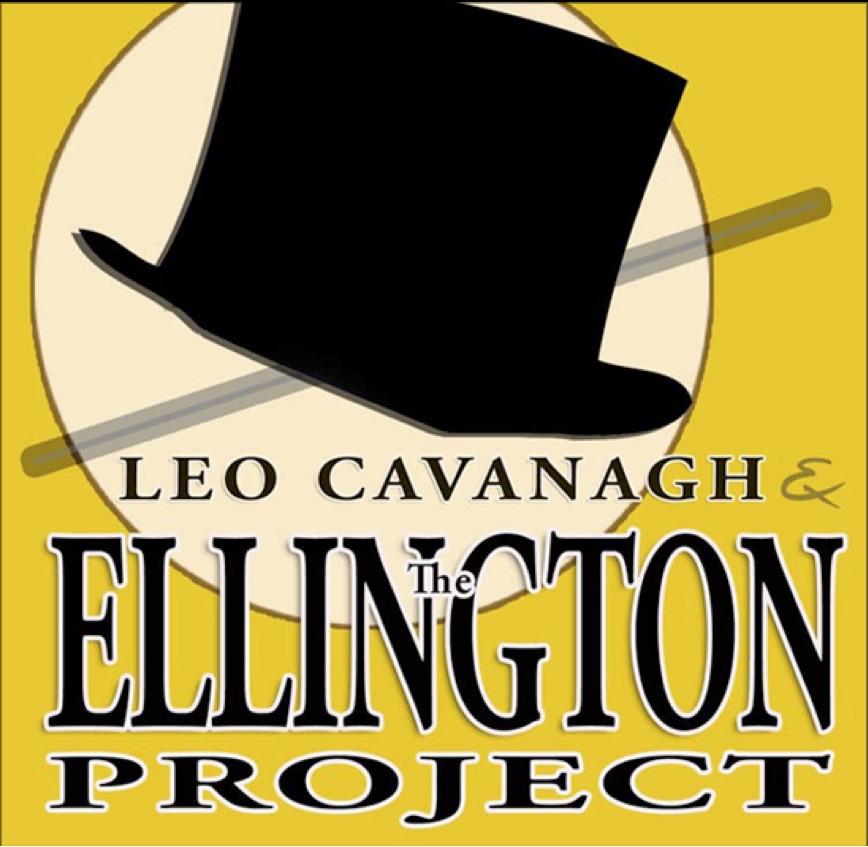 sound of this trio. You can hear every single thing going on.

The Ellington Project plays not only some of Duke's more famous songs, but many of the early compositions that first brought him fame. Beginning around 1927, compositions such as East St. Louis Toodle-Oo and Ko-Ko gained the spotlight for their exotic "jungle" sounds. Some of these selections are rarely played now, but they deserve greater exposure.

I found that I already played at least 20 Ellington songs as part of my regular repertoire. As I started arranging some of the early pieces that first gained national attention for Ellington in the 1920’s and 30’s, my appreciation of his music has only increased.

My arrangements attempt to capture the excitement of his compositions while taking advantage of the instruments in the trio. In place of the 18-piece band and all the instrumental colors that provided, we are challenged to creatively combine our own instruments in ways to maintain interest and excitement. All three of us share the tasks of playing melodies, soloing, accompanying, or blending in tight harmonies.

I Let A Song Go Out of My Heart 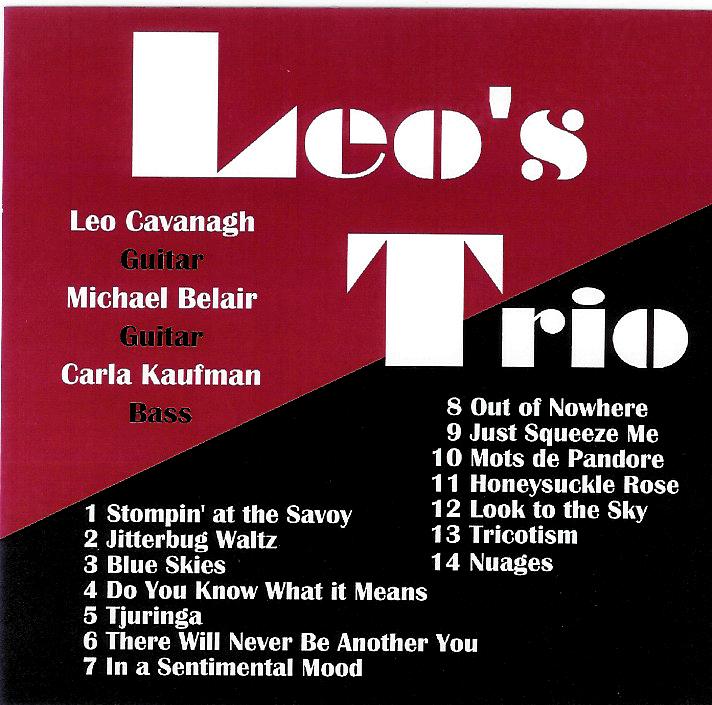 This trio played every week for eight years and gained a tightness that only comes from a lengthy collaboration. With two guitars and upright bass, the group plays jazz standards.